The aim of our research is to improve our knowledge about the most elementary particles and about the forces that govern their interactions. It helps to broaden our understanding of the universe, its structure and its evolution. Our research also affects our everyday lives; for example, it enables us to come up with innovative solutions in the field of nuclear power or cancer treatment, and to train a new generation of researchers, teachers and engineers. We strive to spread our knowledge throughout society and to enhance it through collaborations with companies and laboratories.

The LPSC is a Mixed Teaching and Research Unit, affiliated to the National Nuclear and Particle Physics Institute l’IN2P3 (1) from the CNRS (2), as well as to the UGA (3) and Grenoble-INP (4) from the University of Grenoble.

225 employees in 2012 working at LPSC divided in such categories:

Our laboratory is a leading research center in the Grenoble area. The LPSC also plays a significant role at the national level and is involved in several international scientific and technical projects. Due to the complexity of these projects, they can span over several years and may involve several hundreds of people in large international collaborations. Its yearly budget is close to 13 millions euros (wages included) with diverse funding sources (supervisory authorities, “Agence Nationale de la Recherche”, European, technology transfer, patents, …). The LPSC is also a partner in several LABEX (ENIGMASS (as co-leader), FOCUS, PRIMES) and of one EQUIPEX (BEDOFIH).

Fundamental research is the driving force of the activities of our laboratory. Among the themes studied at the LPSC, some are focused on the greatest unsolved mysteries of the universe, e.g. the unification of forces, the origin of the mass of particles, the origin of the matter- antimatter asymmetry in the universe and the search for dark matter and energy. Our research starts at the scales of the nuclei of atoms and even much smaller, where quantum and relativistic physics laws prevail. The goal here is to understand the characteristics of the most elementary building blocks of matter and their interactions, to study the limits of existence of atoms and to discover new states of nuclear matter, such as the quark-gluon plasma. Our research also extends towards the infinitely large; the goal here is to understand the origin of the structures of the universe and the cosmic phenomena that take place, and to understand the characteristics of the very first stages of the universe, just after the Big Bang. The branches of physics at these two extremes are actually closely linked. Infinitely small-scale physics plays an essential role in the first moments of the universe. Particle physics and cosmology both seek answers to the existence of dark matter and dark energy in the universe. The locations of the experiments are very diverse: ground-based, underground-based or even satellite-based. We study artificially created short-lived particles (created by accelerators which our laboratory helps to design) or cosmic particles that were produced at different epochs of the history of the universe. 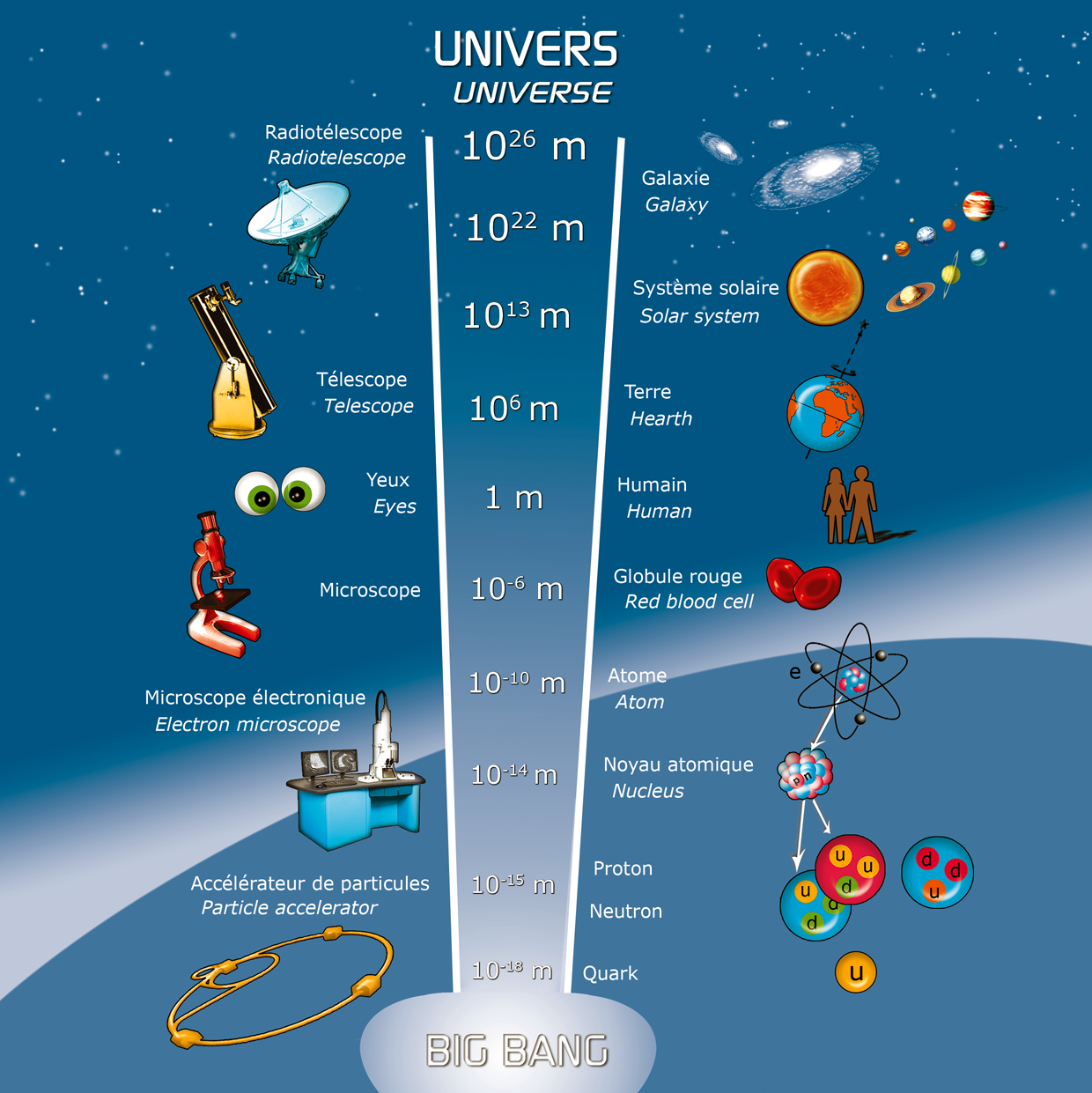 These activities require the development of sophisticated, state-of-the-art instrumentation. A close collaboration between physicists, engineers and technicians is required to achieve the required performance. In addition, a strong theoretical research activity supports the experiments during the preparatory stages and during the data analysis.

Some of the laboratory’s activities are aimed at developing links with other research fields or develop technology of interest for social challenge : this includes the development of new generation nuclear reactors, the interface between physics and biology or medical science and, more recently, plasma physics.

Finally, while conducting these fundamental oriented missions, the laboratory gains new knowledge and skills that profit the general public through: