Ultracold neutrons (with a velocity smaller than 30 km/h) can bounce perfectly at many surfaces, such as a glass mirror. Contrary to a bouncing ball, neutron bounces are not damped.

A bouncing neutron behaves according to the strange rules of quantum mechanics. The frequency of the bounces is quantized, as a guitar chord that vibrates at certain well defined frequencies. This phenomenon occurs for neutrons bouncing very close to the mirror, typically 0.01 mm. As for electrons in atoms, bouncing neutrons have a spectrum of discrete energy states. The transitions between quantum states occur for given specific frequencies. For atoms the quantum frequencies are in the range of hundreds of Tera Hertz (these are the emission or absorption spectral lines), for bouncing neutrons the quantum frequencies lie in the audio range  (254 Hz, 462 Hz et 645 Hz for the transitions 1->2, 1->3 et 1->4 respectively). These frequencies are displayed on the stave below.

The GRANIT experiment at the l'ILL

The pioneering experiments with bouncing neutrons (2000 - 2005) at the Institut Laue Langevin (ILL) have shown the existence of the quantum states. The GRANIT experiment (GRAvitational Neutron Induced Transitions) is a follow up of these early experiments. The goal is to measure precisely transition frequencies between quantum states.

The GRANIT instrument at ILL.

For the purpose of the instrument, a dedicated ultracold neutron source has been built.

A bright cold neutron (CN) beam from the ILL reactor is directed towards a volume filled with 10 L of superfluid Helium cooled down to 0.8 K. A fraction of the beam will basically stop in this medium, thus producing ultracold neutrons. 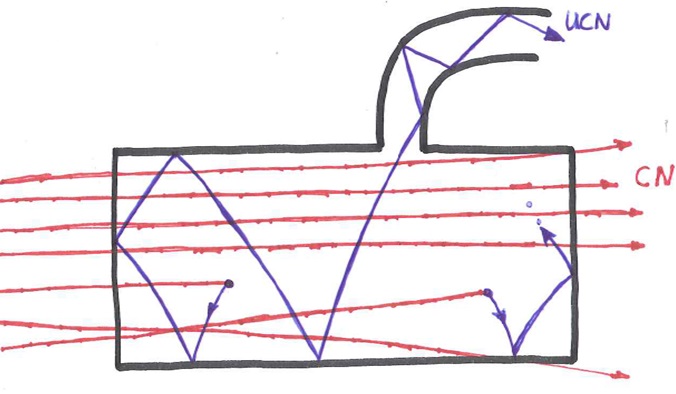 Ultracold neutrons produced in the source are guided to the GRANIT spectrometer, installed in a clean room (to manipulate the delicate mirrors). 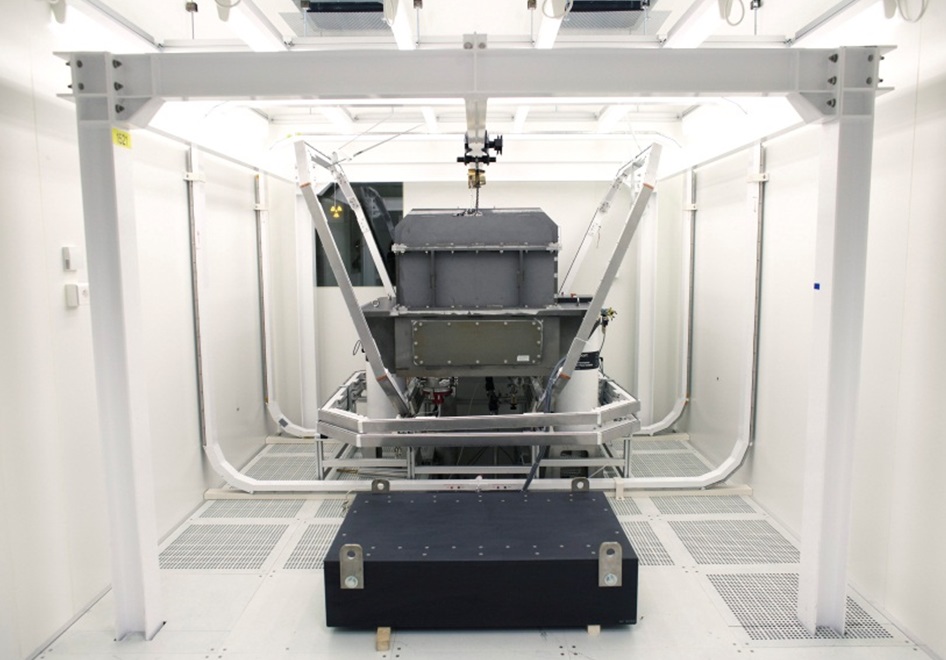 View of the clean room containing GRANIT.The stone on the foreground is now installed inside the vacuum chamber, it serves to support the mirrors. The coils around the chamber can induce a constant magnetic field in any direction.

Searching for new physics with GRANIT

In particular, the mysterious Dark Energy, responsible for the accelerated expansion of the universe, could be due to a new force called the "chameleon". According to this theory, only subatomic particles like the neutron are sensitive to the chameleon force (if it is strongly coupled). If this new force exists, it should modify the quantum frequencies of the bouncing neutron.