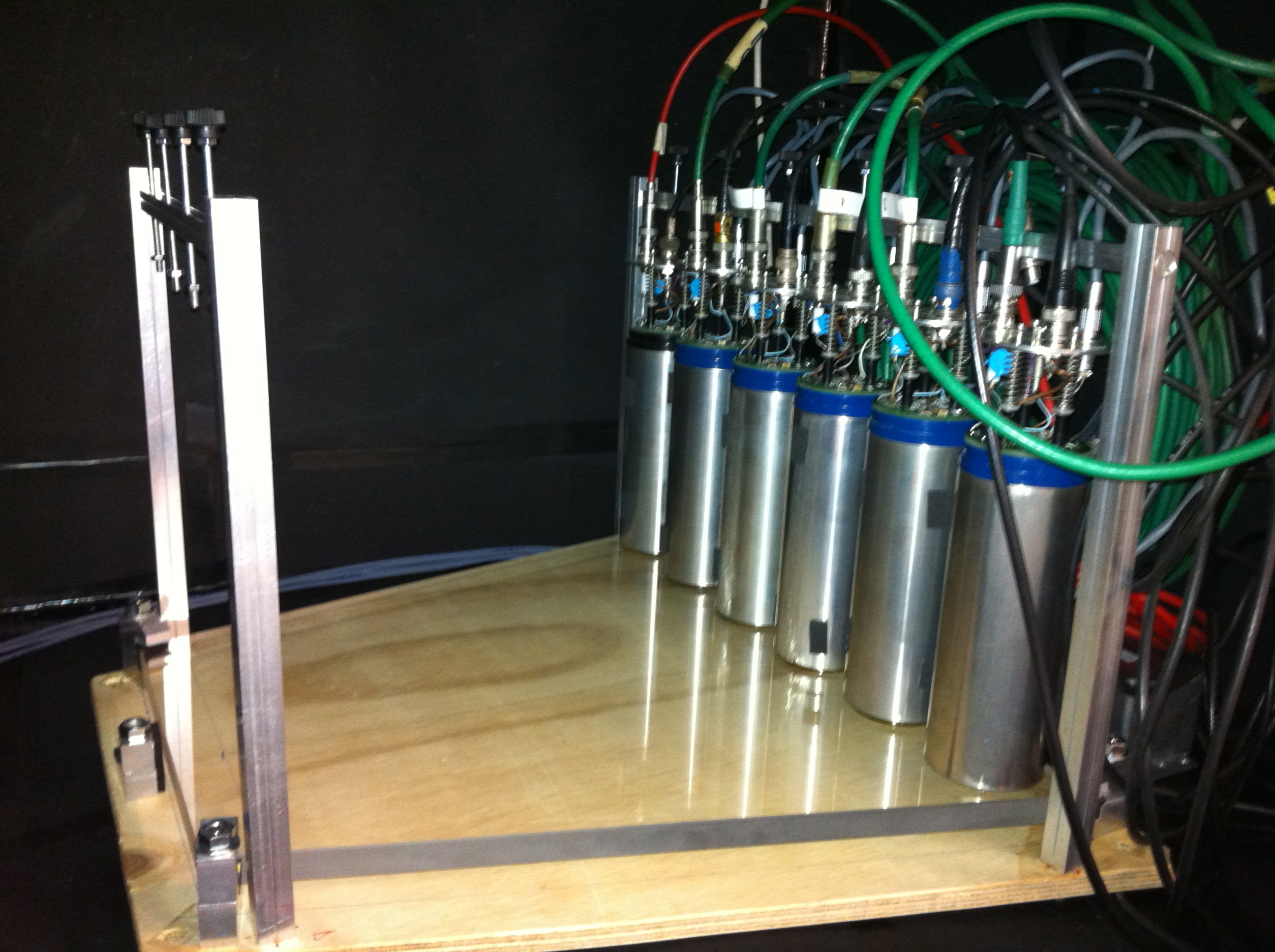 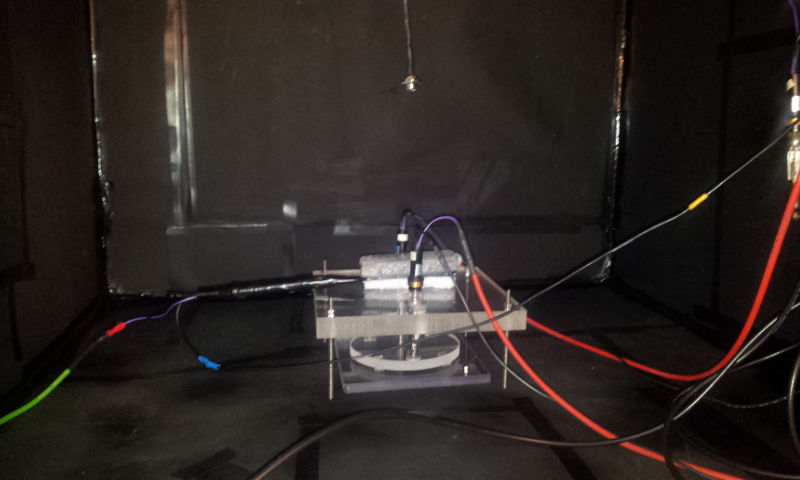 For the North site project of Pierre Auger Observatory (Colorado, USA), the SDI studied a new photo-detection device for tanks.

This would allow all be in the form of a compact sensor unit facilitating repairs and control. 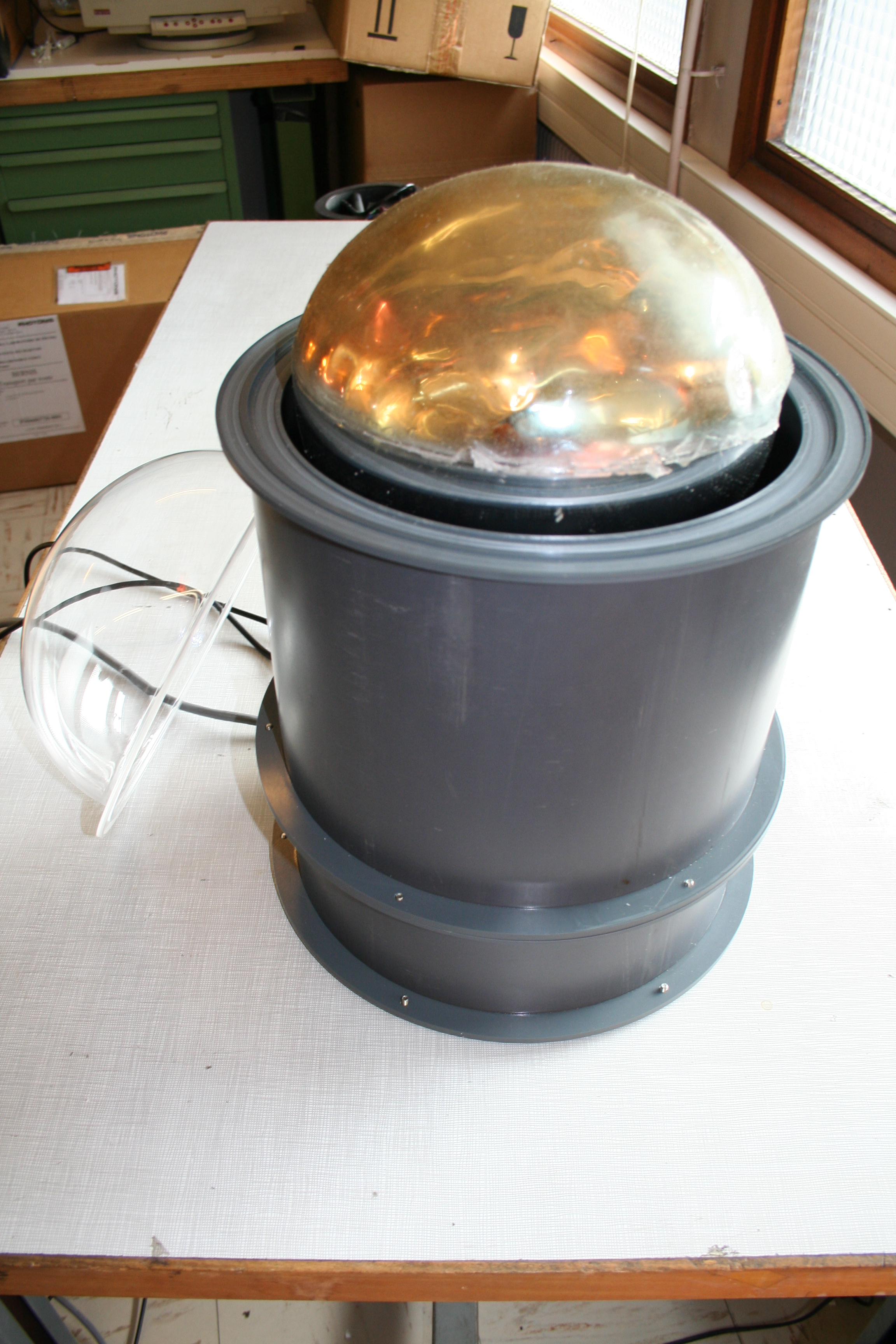 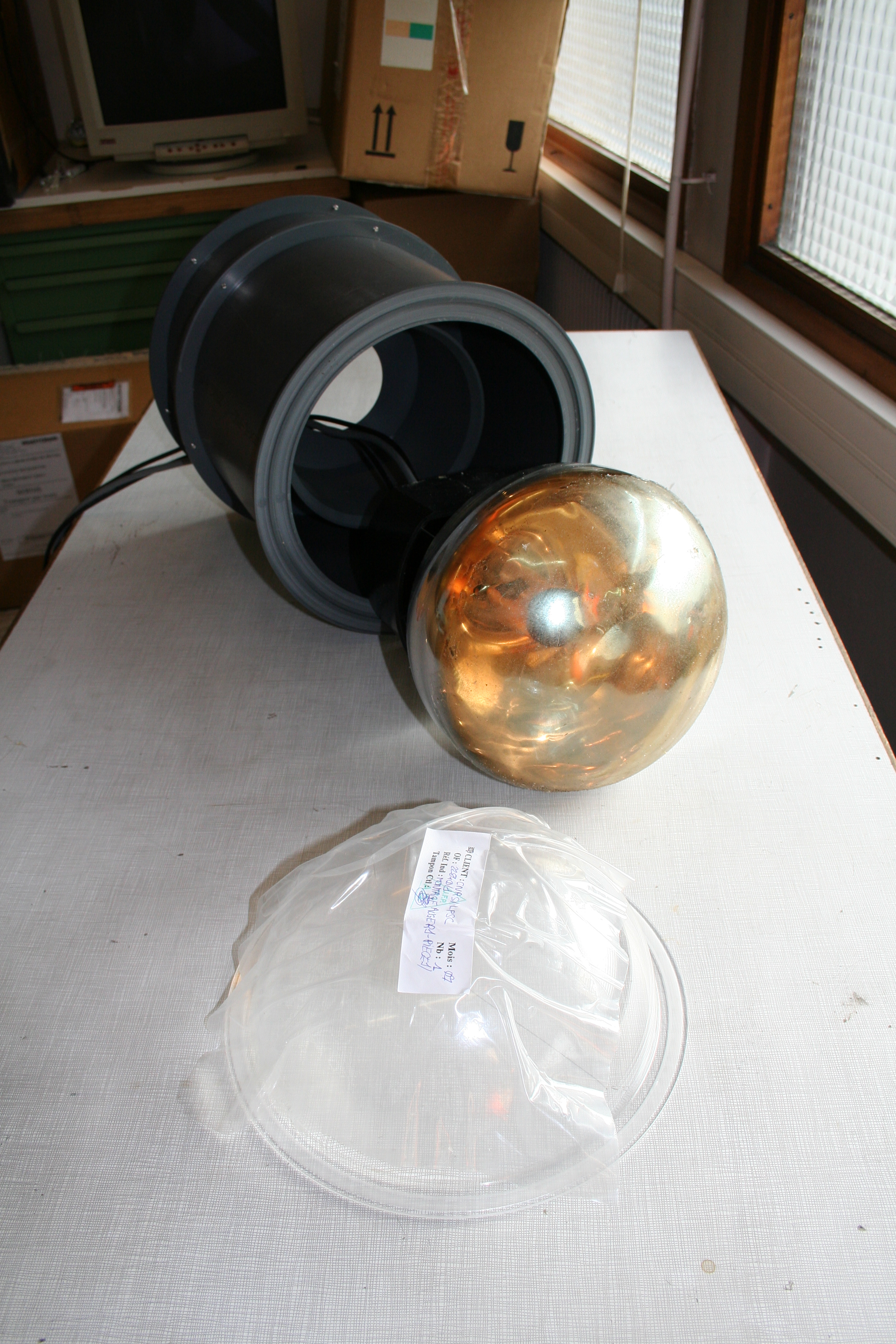 Two systems are studied, based on a plastic conical body molded by shape close to that used at present on the South site to isolate the PM from the light. The first one contains a window of entry to Plexiglas that fits the photocathode surface.

The second leaves free this surface, but contains a double torique joint at the level of the collar of the PM. In both proposed solutions, the systems are closed by a metallic bottom to which will be fixed the electronics.

During the second half of 2008, SDI has supported the design and manufacturing of the calibration bench of the electromagnetic calorimeter supermodules of ALICE. This calibration bench is composed of 16 large scintillators (1.5 m), located above and below the detector, allowing signal and locate the cosmic muons passing through the detector. 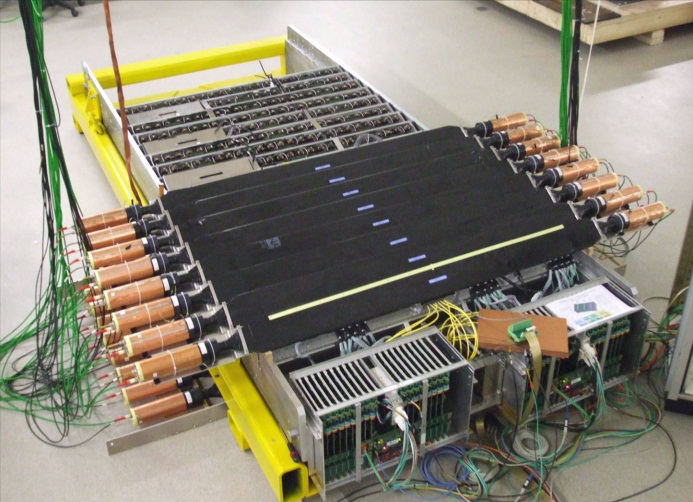 In total, 14 supermodules were calibrated within the ARIANE hall at LPSC using this equipment with a dispersion of 2 to 3%, much lower than specified in the original specifications.

Within the framework of the educational activity towards high schools (ECRINS), the SDI developed two compact detection of cosmic rays devices baptized " Mini ECRINS ". These systems are constituted each of both plastic scintillateurs, associated to two photomultipliers supplied by batteries. The acquisition of the signals is permformed by a mini oscilloscope USB (PicoScope®) piloted by a LabVIEW dedicated program . If we use a laptop computer, these devices become completely autonomous and transportable in an appropriate suitcase.

These devices are realizations of the SDI, not only due to their design and their manufacturing, but also due to their use within the framework of educational activities in 2007 as the physics exposition at St Ambroise High School of Chambéry and Physics Olympiads at Pierre and Marie Curie High School of Grenoble in 2007. 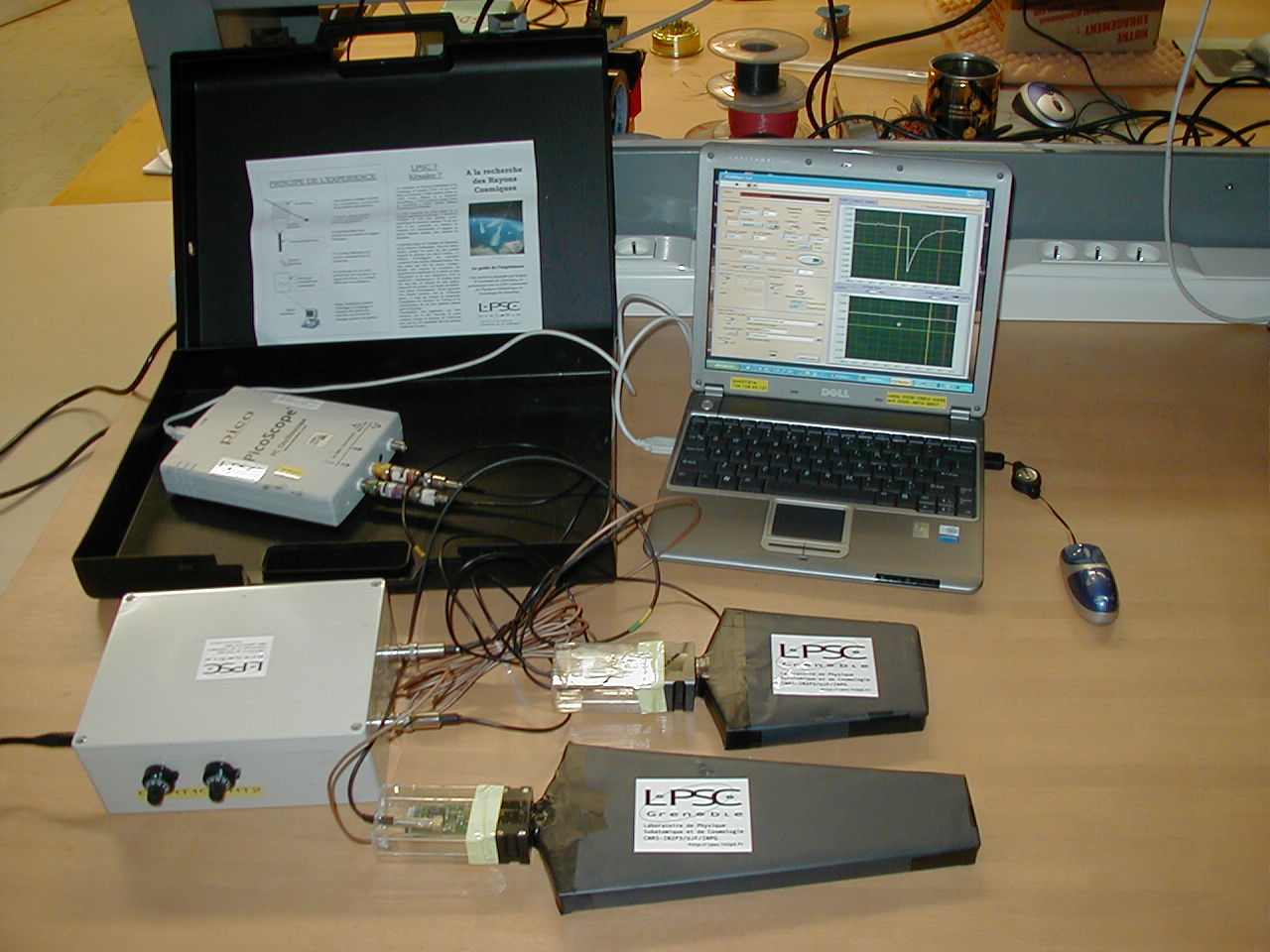 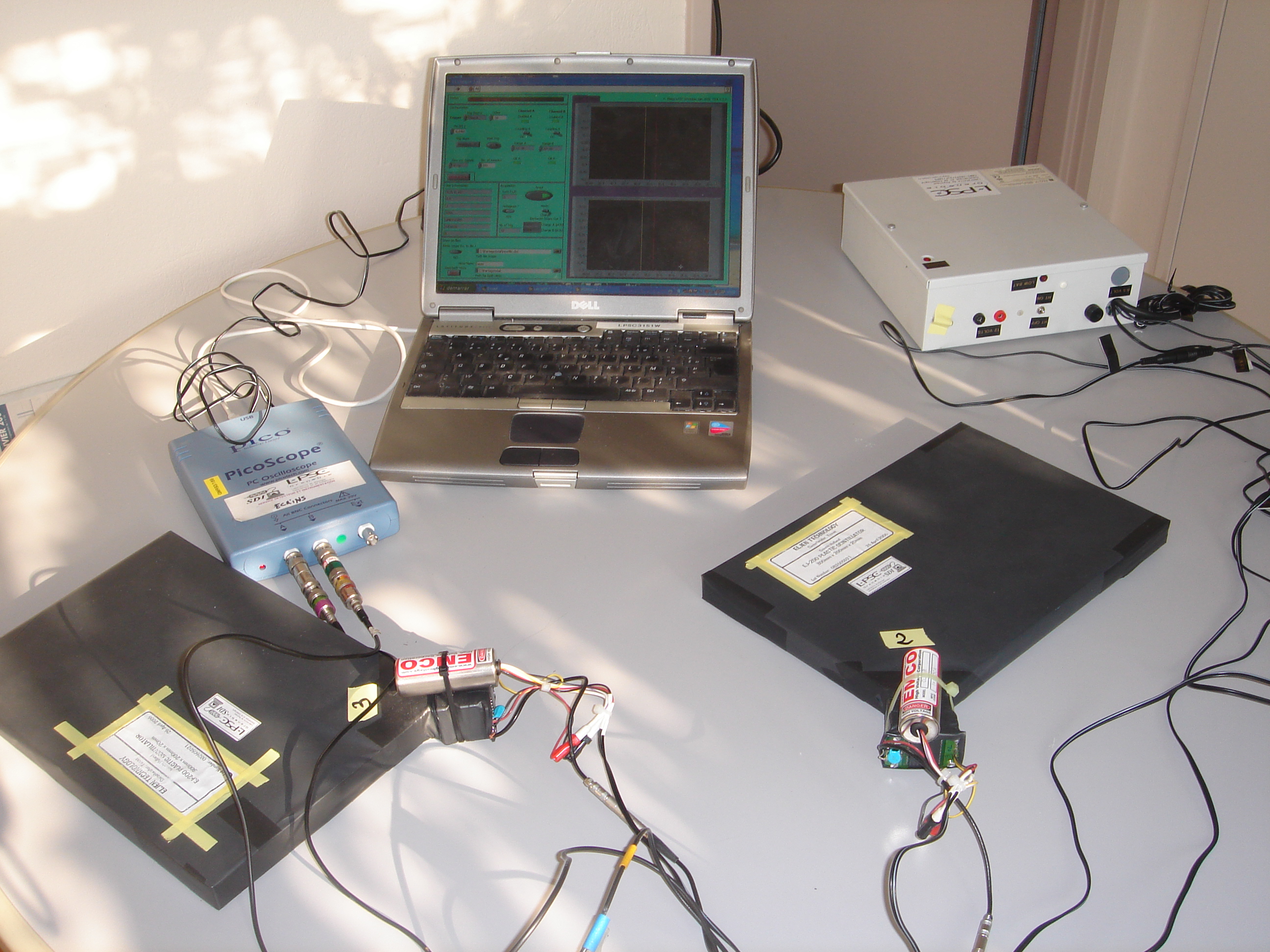