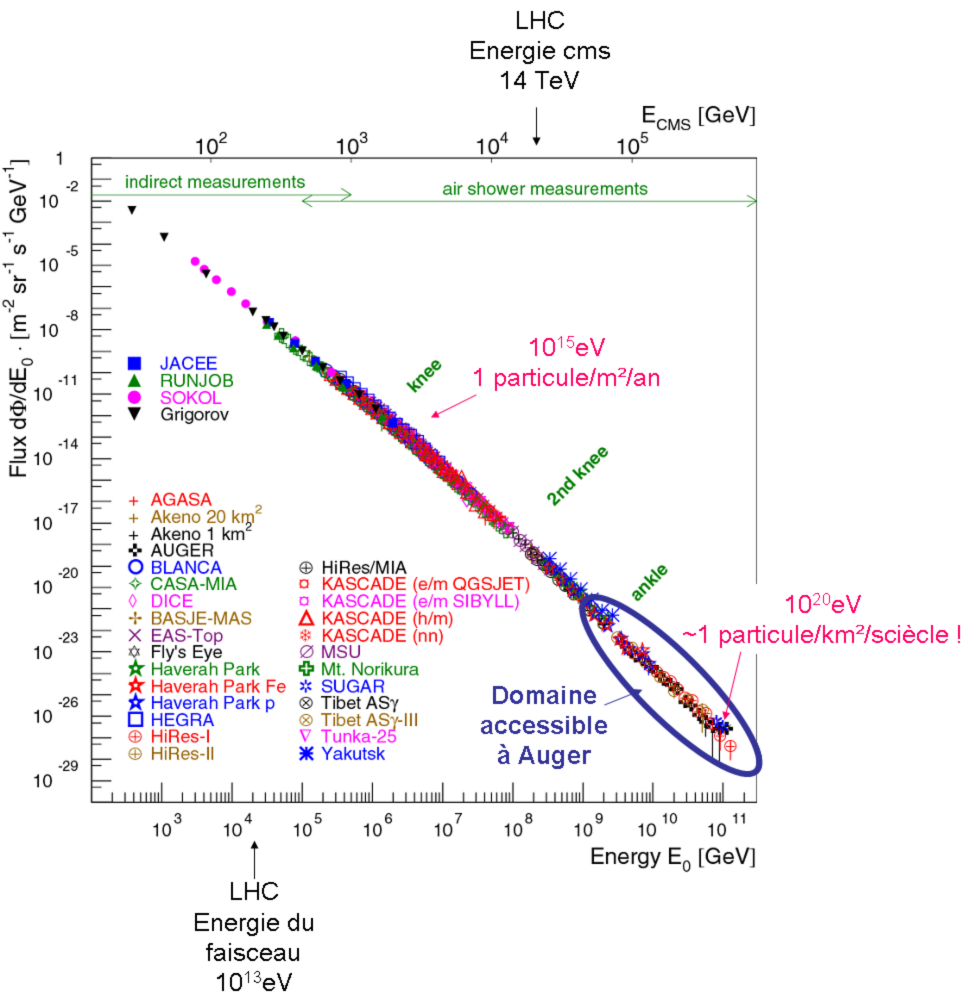 Since the pioneering work of Victor Hess in 1912, our knowledge of cosmic rays (CR), of their flux, their nature and their origin has progressed considerably and we now measure their energy spectrum up to energies as extreme as 5 1019 eV.

Ultra High Energy Cosmic Rays (RCUHE) allow physicists to explore the subatomic world in an energy range well beyond the capabilities of accelerators, and open a new window of observation in astronomy. Our group is studying UHECR physics since 2001, and we joined the Pierre Auger international collaboration in 2006 (17 countries, 70 laboratories, including 6 French).

The Pierre Auger Observatory studies the UHECR by jointly using two techniques to detect air showers generated by primary cosmic particle interactions in the atmosphere. Located in the Argentine pampas, it consists of a surface array (SD) of 1660 Cherenkov detectors spread over 3000 km2 (sampling of the shower particles at ground level) and 24 fluorescence telescopes (measuring the showers longitudinal development): this is the largest cosmic rays detector in operation. It started operation in 2004, its deployment was completed in 2008. It has been since completed to extend the detection range at lower energies.

The analysis of the Pierre Auger Observatory data already provided first anwers to some of the enigmas posed by UHECR:

A better understanding of UHECR implies better and more precise measurements and the implementation of new observables, complementary to those already available. This is one of the main motivations for the development of innovative methods for detecting air showers with the aim to complement the capabilities of the Pierre Auger Observatory.