20th Anniversary of the Foundation of the Pierre Auger Observatory

Based on 28 Auger proceedings at ICRC 2015,  3 jointly with the Telescope Array Collaboration and  1 with the IceCube and TA collaborations, the Pierre Auger collaboration present latest results of the studies of ultra-high energy cosmic rays: 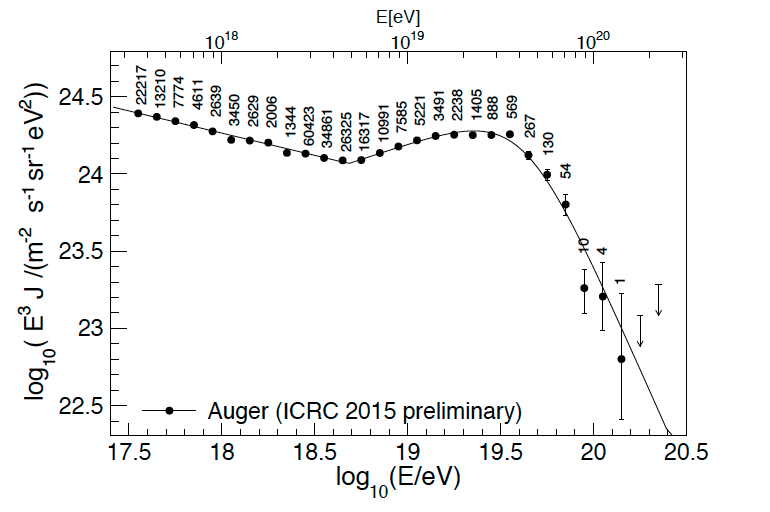 The Pierre Auger Observatory is the largest cosmic ray detector in the world. It covers an area of 3000 square kilometers with 1660 surface detector stations which detect cosmic ray shower particles directly, as well as 27 fluorescence telescopes which overlook the atmosphere above the surface array and detect fluorescence light emitted by shower particles.
This time lapse sequence is constructed from a series of images captured in November-December 2013 by Steven Saffi. 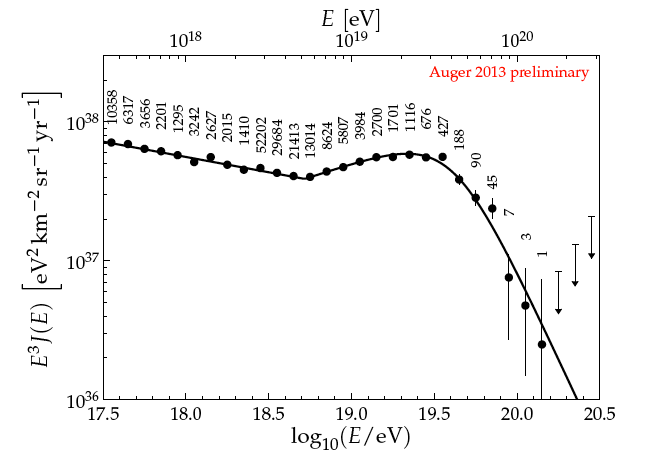 Click here to get the arXiv paper containing all the ICRC contributions  of the Pierre Auger Observatory.

The detection of the extensive air showers in the radio range is a promising way to characterize the shower development in the atmosphere. The Pierre Auger Observatory explores the potential of radio-detection techniques in the GHz range.

In EASIER (Extensive Air Shower Identification using Electron Radiometer), the microwave emission is detected by antenna horns located on each surface detector. 61 antennas have been installed by a team of the LPSC and the LPNHE  at the end of march 2012 on 61 Water Cherenkov Detector, corresponding to an area of ~100 km2.