Since 2012, the LPSC accelerator group provides a dedicated room for the commissioning of intense electron linear accelerators designed by an industrial partner (PMB). These machines are developed to generate high doses of X rays (up to 30 Gy/min).

Therefore, the commissioning phase of these accelerators requires a large shielding, which is currently not available on the partner’s site.

The bunker of the SARA cyclotron (accelerator stopped in 1997) supplies shielded rooms, well adapted to operate these intense accelerators. The SARA bunker has been converted to allow the installation and operation of the electron machines. Since then, several accelerators have been installed in the bunker for the commissioning tests. 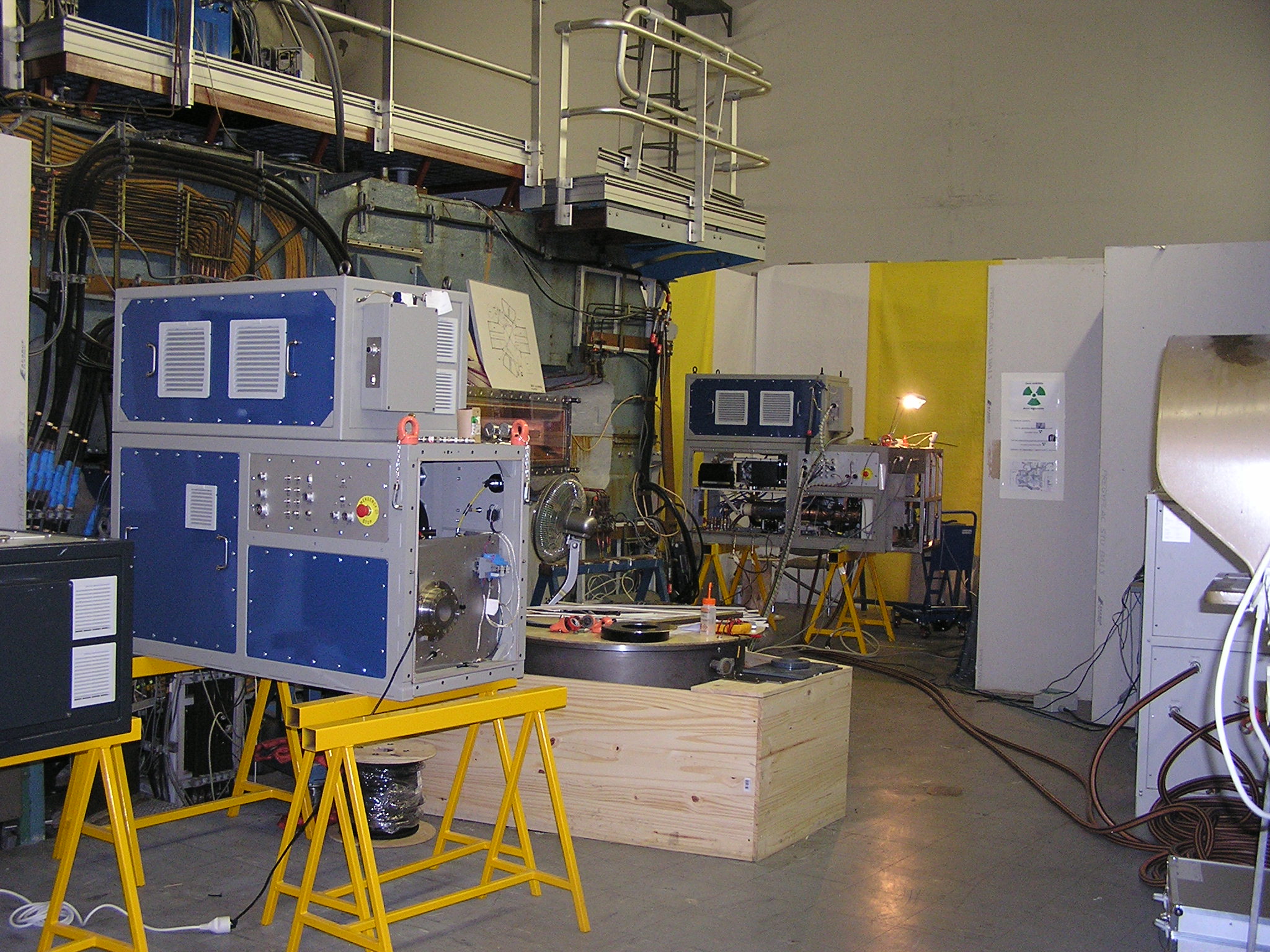 Linear electron accelerators under test in the SARA cyclotron bunker

Thesis CIFRE in collaboration with Thomson Tubes and Displays

From 2004 to 2007, a PhD thesis was supervised at LPSC on behalf of Thomson Tubes and Displays (Genlis, France). The aim of the studies was to model and understand deeply the beam physics in electron guns for television tubes. As a result of these studies, a measurement of the beam characteristics (emittance) was performed. The studies allowed developing semi-analytic models able to reproduce the characteristic trend of "current vs tension” of  electron guns and to understand the beam formation.